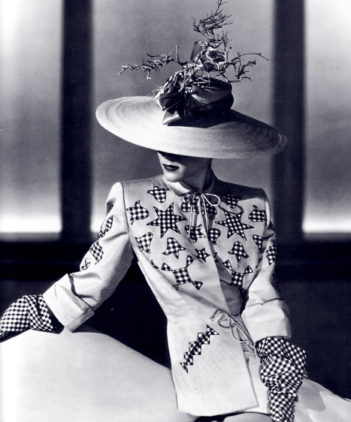 When Garbo left the studio Adrian declared “When the glamour goes for Garbo, it goes for me as well”. As a result, in 1941, Adrian left MGM to open up his own clothing store in Beverly Hills. Even though he was advised that it wouldn’t be the best time with the war, he had already made up his mind. He created two lines for retail, one labeled “Adrian Original” for special couture creations and private clients, and another as “Adrian Custom”, a more encompassing American designer line with off-the-rack designs.

Although he knew his Hollywood designs were too extreme for off-screen, he adapted their esprit, grace and glamour into his collections. The war and its limitations on production and fabric further influenced Adrian as he adjusted to the new reality, making a virtue of the war’s restrictions by eliminating cuffs, lapels and reducing the size of collars and the number of pockets. Adrian was a master of marrying the construction of the silhouette with the proportions, and became known for elements such as diagonal closings, dolman and kimono sleeves. For the next decade, he provided women with that special touch of glamour and its unique sense of style, enhancing the woman’s spirit. Adrian retired from business in 1952 after suffering a heart attack. He lived the remainder of his life in Brazil, before passing at age 56 in 1959. His legacy, however, lives on, in the movies, in the clothes, and in the minds of young designers who look to Adrian for inspiration.

“A dress for the American woman,” Adrian says, “Knowing, uncluttered, to the point.” 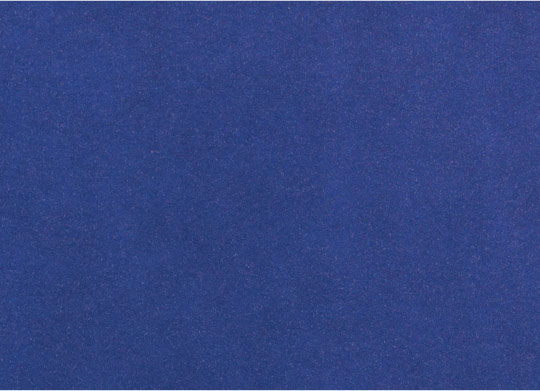 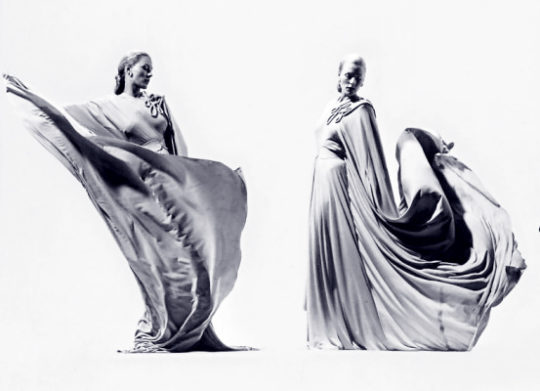 “A dress for the American woman,” Adrian says, “Knowing, uncluttered, to the point.”